Why Fish with Billy Flatt?

The short of it about Billy is, he knows his stuff. In 2018 he has been fishing these waters for 50 years. If you’ve got a minute I think you will enjoy reading the next story, it is about his life and how he became a fishing guide. 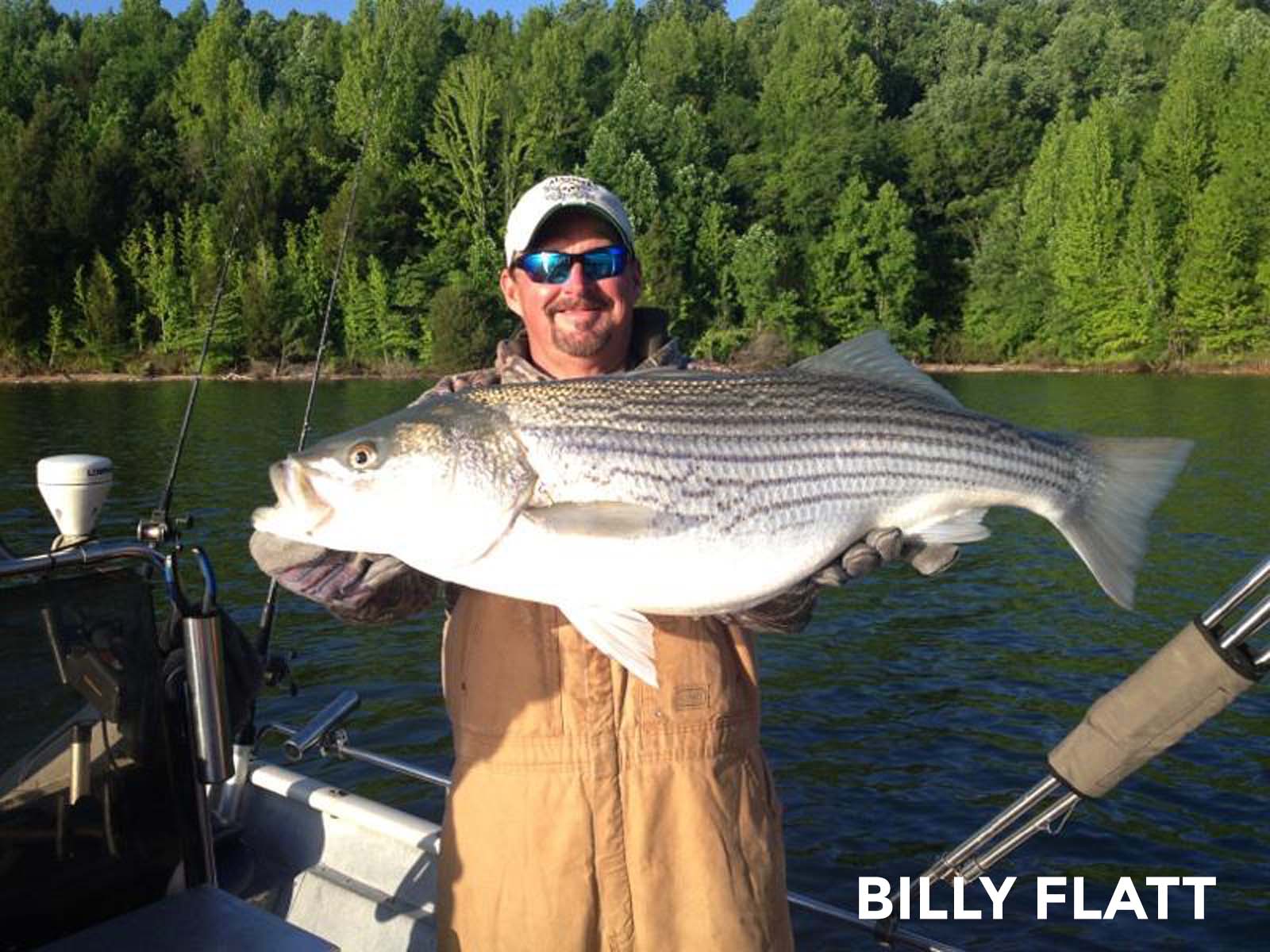 Billy is a Nashville native, raised between the Cumberland River and Percy Priest Lake. As a boy even before Percy Priest Lake existed, Billy would walk or ride his bicycle to the Cumberland River and fish from the bank on a regular basis. As a young boy, Crappie was among his favorites. One could imagine the building of a lake in a small community was the talk of the town. Well, in 1968 Percy Priest Lake was at full pool. Billy was 13 years old when a neighbor who had a boat asks him if he wanted to go to the new lake to fish. He said he was so excited and couldn’t believe is eyes when he saw the big lake for the first time. The roads he had ridden on in his parents car were gone, covered with up to 100’ of water. He remembers putting in at Elm Hill boat ramp. There wasn’t a marina there then just the boat ramp. He recalls going out of Elm Hill Cove across the lake to Bear Island. The first place he wet a line was at the Old Hickory Boulevard Road Bed where it runs upon the north side of Bear Island. Although you can still make out the old roads to this day, he said it looked a lot different in 1968. There were still lines on the roads coming out of the water. He has actually fished Percy Priest Lake since it was a lake. After a few years Billy had saved enough money to buy a car. A boat purchased was close behind. He often would spend several days on the water at a time, sleeping on the boat. As he got older although he continued to fish, life happened. He got married had kids and worked a job that required long hours. He didn’t get to fish as much as he would have liked, but little did he know things would change someday. Over the years Billy changed professions and didn’t have as much hourly demand on him as he did earlier in his life. He recalls his new job didn’t pay as good, but he has more spare time than he has had since he was a kid. Guess what he started doing on a regular basis, yep fishing. It wasn’t until the early 2000’s when a friend ask him to go on a guided fishing trip to catch Stripers, that things started changing for Billy. He fell in love with these Big saltwater fish.

In late 2004 he and his son Cody who was 14 at the time started fishing Striper tournaments. They did very well, winning Angler Of The Year for the next three years in a row.   The word spread of Billy & Cody’s success in the winning of the Angler Of The Year awards. Sharing the love of fishing over the years Billy made several friends that were fishing guides. In 2005 one of them asked him if he wanted to do a guide trip for him.   With the same excitement as he had as a young boy when he saw Percy Priest Lake for the first time, he said yes I would. Well, he didn’t know it at the time, but that first paid guided fishing trip was the start of a new and long career. That same year Billy sold his business and has been a full time fishing guide ever since. Billy laughingly says, “I was slow, it took me to the age of 50 before I figured out what I wanted to do”. Since starting his guide service in 2005 he and his son Cody has done numerous television fishing shows and is a stable on the Cumberland River, Percy Priest Lake & Tims Ford Lake. Billy is on the water almost everyday. If interested in a guided fishing trip, give him a call. You may even hear one of his clients yell out, fish on! 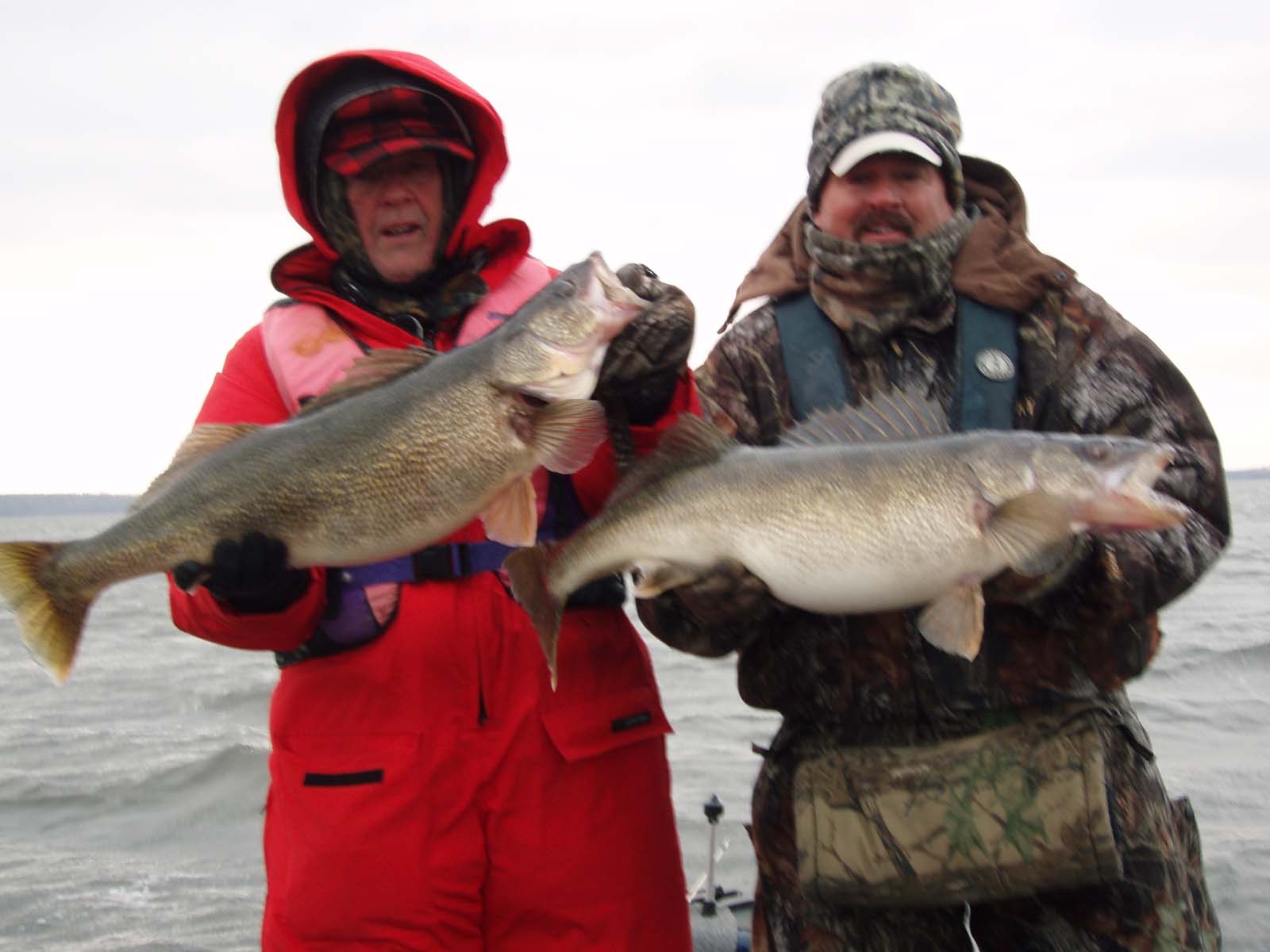 This is a picture of Billy (on right) with his idol the great Ralph Dallas on a Canadian fishing trip for walleye.

“Ralph is not only my idol but also a good friend, he is the only man I have ever known that I agree with everything he says, the man is just brilliant.” Billy Flatt

Some of Billy's Happy Customers
Go to Top